Within the 6 years between 2007-2013, there have been at least 8 publicized films released about the 1937 Nanking Massacre due to an array of entangled forces, including: the intergenerational trauma or transgenerational haunting across ethnic Chinese diasporas, political ideology, and the transnational profitability of trauma beyond the limits of ethnic Chinese markets. The striking cinematic interest in the Nanking Massacre may first suggest the affective hauntings of a new generation compelled to speak for the lost voices of the murdered, raped, and tortured. For those willing to listen to these lost voices, diasporic visions of Nanking’s tragedy may also be simultaneously produced and hindered by a nation’s politics, ideology and obsession to create specific national identities within their citizens’ collective imaginations. For instance, whereas some politically motivated Chinese productions may rely on film that exploits the memories of the massacre to build a unifying collective identity, Japanese nationalist groups may completely disavow the massacre to maintain their own sense of national identity. In addition to ideology, the transnational agendas of big-budgeted portrayals of Nanking threatens to “market trauma”, thus raising tensions between raising awareness versus its commercialization. Certainly, when oral testimonies and newsreel records within documentaries about the massacre enter the equation, the questions surrounding ideology and memory production become ever more challenging, especially if we desire to prevent an accidental dishonouring of Nanking’s dead. Thus, this paper seeks to critically explore these entangled issues of ideology, national-transnational production, and the affective transmission of trauma in light of memory production across ethnic Chinese diasporas.

Join our newsletter!
Immerse yourself in words that inspire you.
Also learn why there are so many cats and rabbits here.
My cat won't send you spam. Unsubscribe at any time.

I want to read… 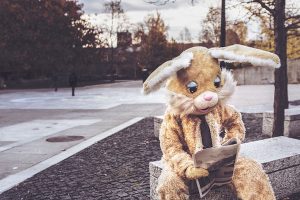 Join our newsletter!
Immerse yourself in words that inspire you.
Also learn why there are so many cats and rabbits here.
My cat won't send you spam. Unsubscribe at any time.

Get weird & wise words from my spirit cat (& me)...
Entering your name and email address above gives us permission to send you emails and other messages. Please note this website uses cookies.
We respect your privacy and your email will never be shared.  My spirit cat (and I) will never send you spam. Unsubscribe at any time.

This is the Future of Mental Health
Get your free white paper below...